ABC has the story about the Glee episode presently (as I type, and watch) on.  Glee started out as one of my favorite shows but the last half dozen episodes or so it has become little more than a recruiting poster for homosexuality.

To be sure, there are gay characters on tv and in life there are real gays (!).  And certainly, bullying anyone is a sickening thing.  But honestly, the producers of Glee are on a crusade which isn’t suited to tv- it belongs in the debate halls of college campuses and high schools and in legislative bodies.  On tv, the claims of the agenda drivers can’t be answered.  TV is a one way street and that never fosters discussion or honesty.

Indeed, Ryan Murphy and the others responsible for Glee’s course are themselves acting as bullies- forcing others to adopt their view or seem inferior and ‘less enlightened’.  Sure, we can turn the show off but why should we have to?

Glee has transformed itself from pleasant entertainment to bullying agenda driven recruiting.

Why Oh Why? The Trash-i-fication of Glee

Glee seems to be trashifying itself.  Who knows why.  But a recent photoshoot for GQ portrays a couple of the young stars of the formerly fantastic but recently tragically uninteresting show in less than flattering light (to be charitable).

It’s a shame that their talent as singers and actors has now been set aside and they have been reduced to nothing more than sexual objects for leering males.  I guess their skank-i-fication is aimed at getting more viewers, since the content of the show itself is becoming a bit tiresome.  After all, if you can’t dazzle them with brilliance, baffle them with rubbish.

Glee’s ‘Kurt’ is Getting a Boyfriend?

Apparently so.  I’m probably the only person in the country who thinks that Glee is definitely heading in a propagandistic direction.  For no reason, they’re really starting to ruin what last year was a great show.  I don’t watch Glee because I want to see divergent lifestyles promoted.  I watch it because it’s funny and engaging.  Now, it’s just getting sad.  Lately every episode has circulated around Kurt’s sexuality.

I guess my days of watching are soon to be over.  Danggit. 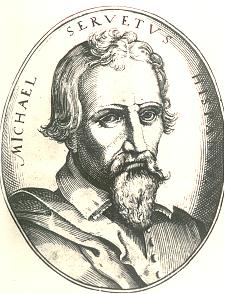 Marc Cortez has stooped to the very stoopage of stooping in his grossly untrue character assassination of me.  I am the furthest thing from Sue Sylvester that anyone can imagine (though we do share an appreciation for women which seems to be lacking in some of our blogging comrades…  if you know what I mean… and yes, I’m looking askance at you Watts and Stevens and Cortez…).

True, Sue’s awesome.  And true, she can be cantankerous.  But if you’ve ever seen her interaction with her sister you’ve seen the true Sue.  The rest is all facade.

Anyway, before I get all misty eyed thinking about Sue and her sister’s fantastic relationship I’ll just say that Cortez has launched the equivalent of a chemical and biological weapon attack in this vicious salvo of his and so I’m calling on all decent and fair minded people to go over to Marc’s blog and excoriate him publicly.  Call on him to repent, as I do here and now.

Repent, Marc, repent.  Or it’s the flames for you, you Servetus you.