This is the Taliban- ‘Christian’ edition:

There’s a certain lunacy and wretchedness in any theological perspective that leads people to believe the sorts of things pentebabbleists believe.

And although I’ve seen more than my fair share of examples of the depths of theological ignorance that pentebabbleism can plumb, this is the lowest of the low.

Pentebabbleism is a sickness.  Watch the video at the link above and you’ll agree. 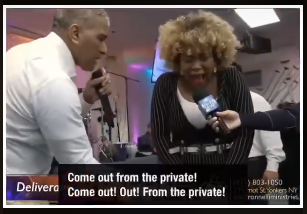 Have you NO understanding of doctrine?  Why in the name of God do you allow this kind of blasphemous nutbaggery to exist in your midst?  This is YOUR guy.  Do something with him. 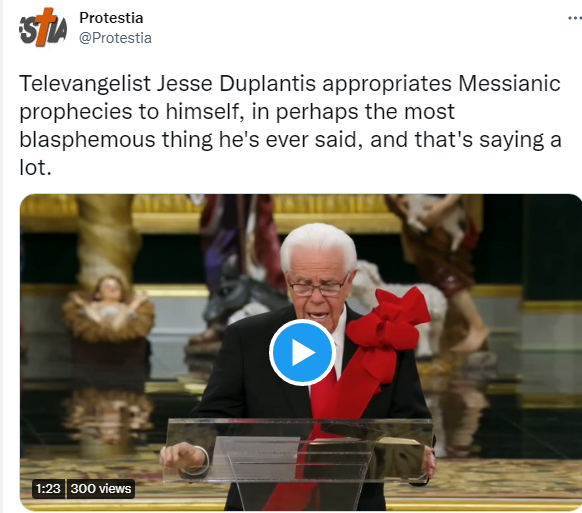 Act like Christians instead of satan worshippers and heretics.  Remove this vile wretch from his pulpit. 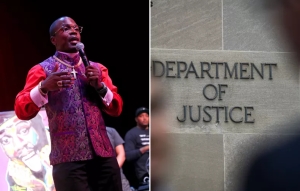 A prominent New York City pastor who went viral over the summer after he was robbed during a live stream has been arrested and hit with numerous charges, according to the Department of Justice (DOJ).

Lamor Whitehead is a Brooklyn-based pastor and community leader known for his flamboyant wardrobe and displays of wealth. He has also been noted for his connections with several high-profile public figures, including New York City Mayor Eric Adams.

The DOJ announced on Monday that Whitehead had been arrested that morning.

According to the official statement, the pastor is accused of defrauding one of his parishioners out of their retirement savings, attempting to commit fraud and extortion against a businessman, and lying to the FBI. The parishioner and businessman that he allegedly targeted were not identified in the announcement.

“As we allege today, Lamor Whitehead abused the trust placed in him by a parishioner, bullied a businessman for $5,000, then tried to defraud him of far more than that, and lied to federal agents,” Damian Williams, the U.S. attorney for the Southern District of New York, said in a statement. “His campaign of fraud and deceit stops now.”

Another damned (and I use that word in its purely biblical sense of eternally condemned) mega church wolf in sheep’s clothing.  Such a person is a curse and a plague and a tool of Satan for the besmirching of the true Body of Christ.

But sure, give your money to guys who lie to you and tell you you’re supporting God’s work.  There is nothing of God in them. They are servants of Satan. 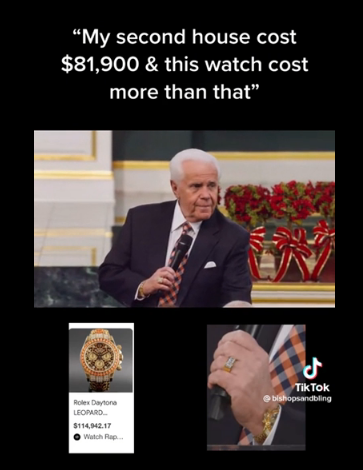 Fundamentalist idolaters fail to understand one very simple theological truth: only God is perfect.  And that’s what makes them heretics. 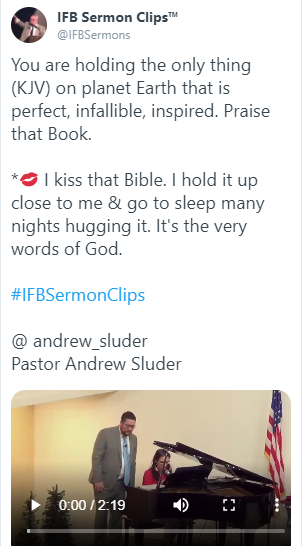 Stephen Wolfe, author of the nauseatingly bad ‘Case for Christian Nationalism’ (which to be fair should really be called ‘Mein Kampf’ (reviewed here and here) appears to teach at Kepler (new to me, I’ve never heard of it) and also appears to have

“… completed his PhD in political philosophy at LSU in 2020”.

Philosophy…  Well he manages to do one thing- he proves Tertullian’s dictum true:  ‘Philosophers are the Patriarchs of heretics‘.

That’s exactly how every heresy begins.

While I have already said a few things about Christian nationalism before (see here and here), this is a whole different species of Christian nationalism. This Dominionist doctrine is off-the-chart and off-the-grid. It is esoteric in contents even as it is extravagant in its claims and deliberately totalizing in its ambitions. If there was a villain in a James Bond movie who was a Televangelist, this is probably what he would sound like.

I mean, consider the line, “We, the Church, are God’s governing body on earth.” Whoa, that is freighting your doctrine of the church with world domination. Then there is the equating of wokeness, the occult, and evil as if they are three heads of the same monster. Then, at the very end, there is a reference to energy independence and ensuring America’s military and economic hegemony over the world. It is God as America’s divine patron and the American church as the lord of the world!

Why bother saying anything in reply? I mean, it is just unhinged and an eccentric outlier.

Etc.  When the Aussies know your theology is trash, everyone knows it.

A former megachurch elder from California was charged with murdering her 11-year-old adopted daughter months after her husband took his own life.

“We have received notice that Leticia and her parents have been arrested as a result of the Sheriff’s Department investigation,” the church said in a statement. “We continue to grieve for Arabella and her sisters. We are so sorry that their family and friends are experiencing this unimaginable loss and pain.”

Police were called Aug. 30 to the family’s home in Spring Valley to investigate a report of a child in distress, and detectives suspected child abuse and rushed the girl, named Arabella, to a hospital, where she died.

Megachurches are breeding grounds of every form of evil.

This woman should absolutely keep silent. She is a fraud.

None of these names are a surprise, and all of them belong on the list.  And I, for one, am glad they are being named.  People should recognize those lying about the Christian faith and doing damage to the cause of Christ.  These wolves in sheep’s clothing need to have those clothes removed so the wolf beneath is visible. 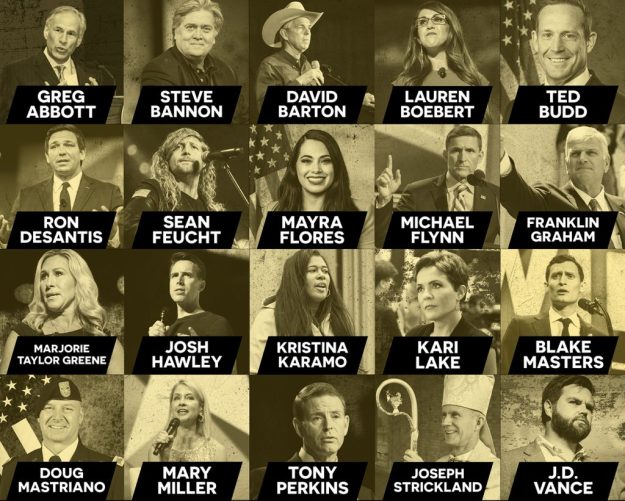 YouTube preacher Mike Winger says if you believe God is telling you to kill someone, “yes, you should. It’s God.” 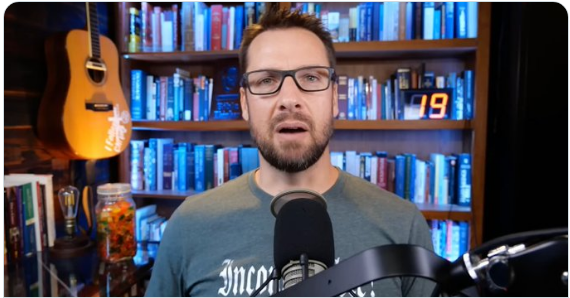 He is no Christian.  He is a servant of Satan; disguised as a Sheep, he is a true Wolf.  If you hear someone tell you to murder, it isn’t God.  Here’s what God says about murder: 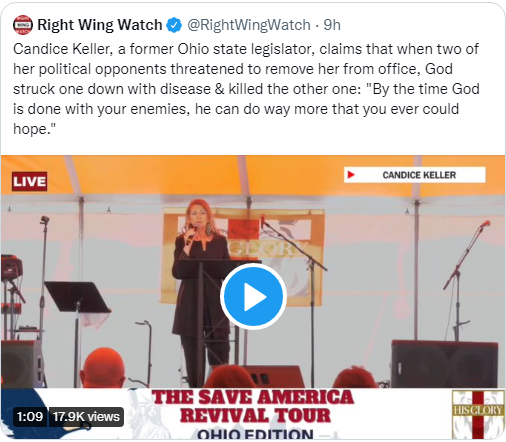 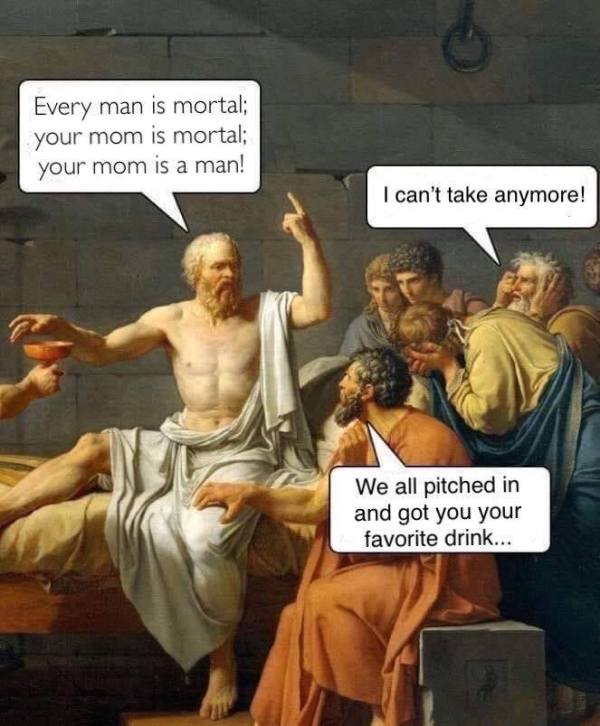 When people are baptized they are baptized into a local church community. Baptism for baptism’s sake is heresy.

People driving around baptizing random people is heresy, and a grotesque failure of ecclesiology.

Having been asked a number of times to baptize people who had no interest in participating in the life of a local congregation, I always refuse and go on to explain why.

He has a poor theology, a non existent ecclesiology, and a demonic understanding of koinonia. 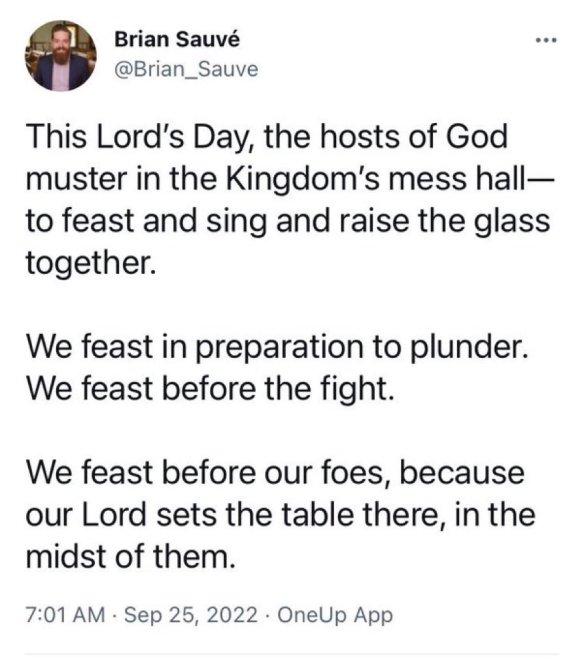 This is heresy.  Why?  Two reasons.  First, the Great Commission is the charge of Jesus to make disciples.  Not nationalists.  And second, Jesus said ‘My kingdom is not of this world’.

Dale’s failure to understand these basic facts and his insistence to speak on the subject anyway, falsely, makes him a false teacher.  And all false teachers are, by virtue of lying and misrepresenting God, heretics. 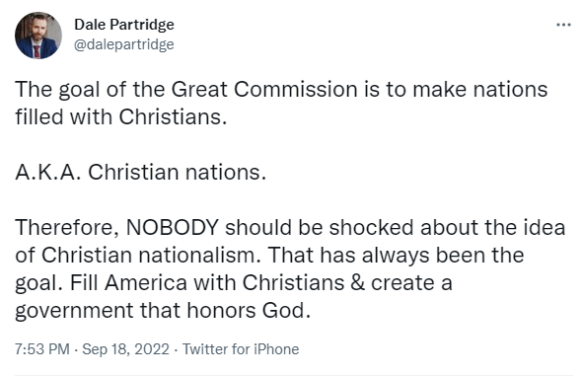 Only an utter demon could write such evil.

Lest you think the author sane, here is what he claims: 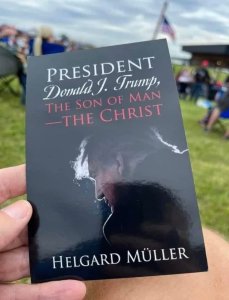 Jesus spoke about two different killings in the four gospels of the New Testament. People read these scriptures and are unaware that Jesus (the Son of God) predicted his own killing in the first person, as opposed to the several prophecies that He made in respects to the Son of Man who will be crucified. The New Testament speaks about “two Kings;” Jesus, the Son of God, is the “King of the Jews,” whereas the Son of Man is the “King of Kings” who will be a world-ruler, and He will rule all the nations (the tribes) of the earth with a rod of iron.

This book will explain in depth how “Donald John Trump’s” full name literally means: “The Ruler of the World, graced by Yahweh (the LORD) and a descendant of a Drummer.” Upon reading this book, the reader will be captivated when they realize how President Donald John Trump fulfilled most of the prophecies as the Son of Man. It speaks about End Time Prophecies and Biblical revelations regarding “President Donald J. Trump, the Son of Man. The Christ.”

This book is trash. Its author an imbecile who has zero business talking about the Bible. Or anything. He shouldn’t be allowed within 500 miles of the Bible.  He is the dilettante’s dilettante.

People who say it should be excommunicated and tried by the Office of the Holy Inquisition, to suffer the fate of every heretic.