He’s White, so Of Course His Sentence is Light

A former pastor convicted of repeatedly raping his adopted teenage daughter was handed an effective sentence of 12 years in prison Thursday by a Knox County judge, who weighed the severity of the crimes against an outpouring of support for the man from friends and family in court. David Lynn Richards Jr. continued to maintain his innocence, as he had throughout his trial, while asking for leniency from Knox County Criminal Court Judge Steve Sword.

The Knoxville News Sentinel typically does not identify victims in sexual abuse cases, but  Amber Richards chose to speak publicly after the February verdicts. She sat on the opposite side of the courtroom Thursday, joined by a half-dozen others, including her biological parents, who she has reconnected with in recent years. David Richards took the stand in his own defense, painting his accuser as a defiant teenager who first made her allegations of sexual abuse amid his attempts to impose strict rules for his children.

Forensic testing, however, uncovered the presence of seminal fluid with a DNA profile matching that of David Richards on the girl’s bed frame. A Knox County jury found Richards guilty on nine felony counts, including rape, incest and sexual battery by an authority figure following three days of testimony in February. Sword had wide latitude in his sentencing decision — most of the charges Richards was convicted of, including rape, are punishable by probation alone under state law. Only the charge of sexual battery by an authority figure requires a minimum of three years’ mandatory incarceration.

“I stand before you convicted of crimes I did not commit,” said David Richards, 41. “I simply believe the system just erred in this case.  I’m not sure why I’m here. … but I assume it’s for His purpose.”

The judge acknowledged Richards’ longtime ministry — he began a Bible study among his fellow inmates while jailed at the Knox County Detention Facility — and the support he still receives as mitigating factors. More than 30 people sat on the defendant’s side of the courtroom in a show of support, including David Thompson, who shared ministry duties with Richards at My Father’s House Church of God in Lenoir City.

“I find it impossible for me to believe he’s guilty of this,” said Thompson, who echoed the call for leniency. “His business needs him. His family needs him. Our church needs him.” Sword, though, noted the time frame of the abuse, which began when Amber Richards was 14 and continued for nearly two years before she reported it to authorities, as well as David Richards’ abuse of his position of trust as the girl’s sole guardian. David Richards was joined Thursday by a new attorney, Stephen Ross Johnson, who signaled his intention to seek a new trial.

“”And to the angel of the church of the Laodiceans write,`These things says the Amen, the Faithful and True Witness, the Beginning of the creation of God: “I know your works, that you are neither cold nor hot. I could wish you were cold or hot. “So then, because you are lukewarm, and neither cold nor hot, I will vomit you out of My mouth. “Because you say,`I am rich, have become wealthy, and have need of nothing’– and do not know that you are wretched, miserable, poor, blind, and naked– “I counsel you to buy from Me gold refined in the fire, that you may be rich; and white garments, that you may be clothed, that the shame of your nakedness may not be revealed; and anoint your eyes with eye salve, that you may see. “As many as I love, I rebuke and chasten. Therefore be zealous and repent. (Rev. 3:14-19)”

Wedding Vows That Women SHOULD Say…

She Must Be A Pastor

If ever there were a group of people inflicted of PTSD by Christians, it’s Pastors.

It Won’t Be Long Now Till It Happens in America…

What? You ask. Our own Kristallnacht. And then I will need to buy some guns.

You reap what you sow.

An Introduction to the Greek New Testament, Produced at Tyndale House, Cambridge 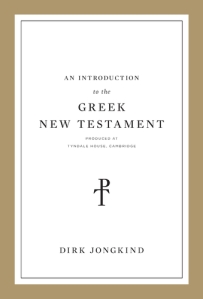 Dirk Jongkind, one of the principal scholars behind this groundbreaking project, answers critical questions for understanding the biblical text so that you can have clarity and confidence as you engage with the New Testament in the original Greek.

My Present Mood Is…

You think like this, “As I am a crude ass, and do not read the books, so there is no one in the world who reads them; rather, when I let my braying heehaw, heehaw resound, or even let out a donkey’s fart, then everyone will have to consider it pure truth.” — Luther

That applies to so many people it’s impossible to narrow it down to just one or twenty.

Quote of the Year

And Now For Something Completely Different

The Anniversary of my Licensing

In Baptist churches many congregations participate in something we call ‘licensing to preach’.  This happens when someone ‘surrenders to preach’ and is recognized by the congregation as having done so.  It is something akin to an engagement, in that you’ve ‘promised’ to enter ministry though you have not yet been ‘ordained’ for it.