I must have missed the week in grad school where they taught you that you could just make stuff up about people in the Bible and the academy would love it so much that they would put it on tv.

(Kinda glad i did, actually. #FactsMatter).

Comments Off on Jesus TV

Shows us that the majority is usually wrong, and faithless.

Comments Off on Numbers 13… 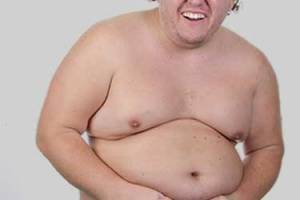 Christian theologians and biblical scholars who don’t engage society are useless. They are the theological equivalent of nipples on a man.  And just as ugly.

There was also a man called Ananias. He and his wife, Sapphira, agreed to sell a property;  but with his wife’s connivance he kept back part of the price and brought the rest and presented it to the apostles. Peter said, ‘Ananias, how can Satan have so possessed you that you should lie to the Holy Spirit and keep back part of the price of the land?  While you still owned the land, wasn’t it yours to keep, and after you had sold it wasn’t the money yours to do with as you liked? What put this scheme into your mind? You have been lying not to men, but to God.’

When he heard this Ananias fell down dead. And a great fear came upon everyone present.  The younger men got up, wrapped up the body, carried it out and buried it.  About three hours later his wife came in, not knowing what had taken place.

Peter challenged her, ‘Tell me, was this the price you sold the land for?’ ‘Yes,’ she said, ‘that was the price.’  Peter then said, ‘Why did you and your husband agree to put the Spirit of the Lord to the test? Listen! At the door are the footsteps of those who have buried your husband; they will carry you out, too.’  Instantly she dropped dead at his feet. When the young men came in they found she was dead, and they carried her out and buried her by the side of her husband. — (Acts 5:1-10)

The sin isn’t the retention of one’s own money.  Keep all your money if you want to.  The sin is pretense.  Don’t pretend to be a pious soul when within you are selfish and rotten.  God hates pretense.  He may kill you right off for it.

Editing and Proofing Services.  Should you be seeking them.

Comments Off on A New Page Added

Cheating Students and the Unethical ‘Essays for Hire’ Industry

This report on NPR is more confirmation that many students are both lazy and dishonest.

Concern is growing at the nation’s colleges and universities about a burgeoning online market, where students can buy ghost-written essays. Schools are trying new tools to catch it.

The report is must hearing.  Give it a listen soon as you can.

Comments Off on Garbage Theology