Of Course Hell Exists, Whether the Pope Thinks So Or Not

The Vatican insists that the Pope understands that Hell exists, but we don’t need any Pope to say so since we have Scripture (although the squeamish annihilationists and universalists just can’t bear the plain simple truth- bless their tiny hearts). 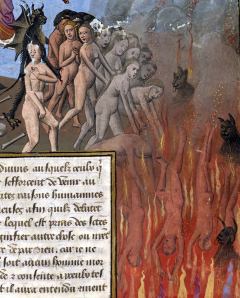 I am a Pastor, and Lecturer in Church History and Biblical Studies at Ming Hua Theological College.
View all posts by Jim →
This entry was posted in Bible. Bookmark the permalink.

2 Responses to Of Course Hell Exists, Whether the Pope Thinks So Or Not