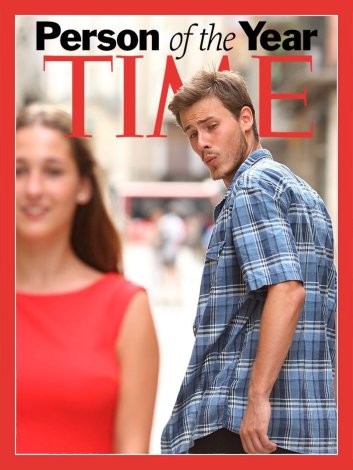 Calvin’s Letter to Bullinger, About Luther, on 25 November 1544

In a letter to Bullinger, dated November 25, 1544, he adjured him to treat the great man, meaning Luther, with respect:—

“I hear that Luther assails not only you, but all of us, with horrible abuse. Now I can scarcely ask you to be silent, since it is not right to allow ourselves to be so undeservedly abused, without attempting some defence. It is difficult moreover to believe that such forbearance could do any good. I wish however that the following may be clearly understood:—in the first place, how great a man Luther is; by what extraordinary gifts he is distinguished; and with what energy of soul, with what perseverance, with what ability and success he has continued up to the present day to overthrow the kingdom of antichrist, and to extend at the same time the doctrine of salvation.

I have already often said, that were he to call me a devil, I should still continue to venerate him as a chosen servant of God, uniting with extraordinary virtues some great failings. Would to heaven that he had striven more to subdue those tempests of feeling which he has so continually allowed to break forth! Would that he had only employed that violence, so natural to him, against the enemies of the truth, and not against the servants of God! Would that he had exercised more care to discover his own defects!

Unhappily there was too great a crowd of flatterers about him, who added still more to the self-confidence peculiar to his nature. It is even our duty to view his failings in such a light, that we may the more properly estimate his extraordinary gifts.

I beg you therefore to bear in mind, that we have to do with one of the first servants of Christ; with one to whom we all owe much. I would also have you consider, that you could not possibly gain any advantage by entering into a struggle with him. You would only, by such a course, afford pleasure to the enemy, who would delight not so much in our defeat as in that of the Gospel.

People will everywhere willingly believe what is said, when we vilify and condemn each other. You must consider this, rather than what Luther may have deserved on account of his violence; lest that should happen to us of which Paul speaks, namely, that while we bite and devour one another, all may go to the ground. Nay, even should he challenge us to the contest, we must rather turn away than hazard by our twofold fall the injury of the church.”*

Your Work is Done When Every Christian is Mature in Faith

And to some, his gift was that they should be apostles; to some prophets; to some, evangelists; to some, pastors and teachers; to knit God’s holy people together for the work of service to build up the Body of Christ, until we all reach unity in faith and knowledge of the Son of God and form the perfect Man, fully mature with the fullness of Christ himself. Then we shall no longer be children, or tossed one way and another, and carried hither and thither by every new gust of teaching, at the mercy of all the tricks people play and their unscrupulousness in deliberate deception (Eph. 4:11-14).

I’ve Come to a Decision

I’ve decided to stop voting for any man for any public office. It’s time to give women a chance to fix the mess we’ve made of this country with its absurd politics and depraved politicians. #GiveWomenYourVotes

Only Five Days Left to Send in Your Carnival Suggestions

The Reformation Celebrated in Indonesia

The 445th Anniversary of The Death of John Knox

There’s a fantastic overview of Knox here- by the Germans!  I guess the Scots can’t be bothered with Knox these days (and anyway, he’d hate the Church of Scotland with a passionate fire only Knox himself could muster). 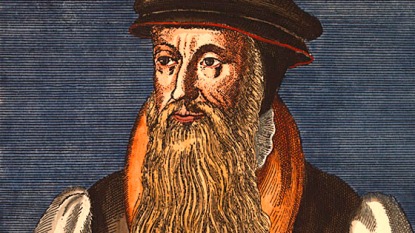 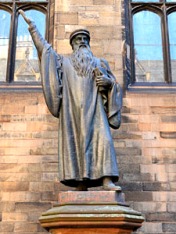 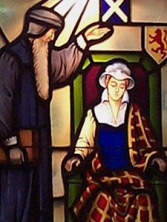