If that happened, it’s easy to imagine a world where guns didn’t exist.

But you can’t imagine it, can you?  Because many Christians will never be as dedicated to God as they are to guns. 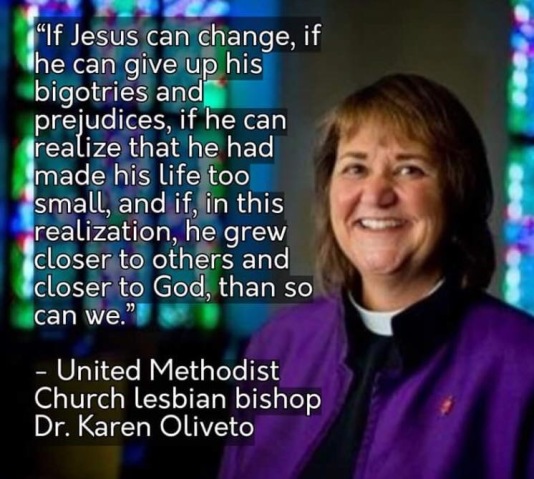 Hell is Filled With People Who Offered ‘Thoughts and Prayers’

Thinking good thoughts and offering prayers isn’t the mark of faith.  Being doers of the Word is.  And what does that entail?  Trundle off now and read 1 Corithians 13 and Matthew 25.  That’ll get you started down the right path.

What kind of horrid people ‘don’t usually enjoy learning about the past’?  I don’t have anything in common with such creatures.  Indeed, they don’t even exist (as far as I’m concerned).  They’re the sort who don’t have a clue why Luther matters…  Wretches.

In a surprise revelation, pastor Mark Driscoll claimed Tuesday at his new Patheos blog space that he is in fact the author of the book of Hebrews in the New Testament.

The once-disgraced, now-returned pastor pointed out many similarities between the masterful epistle and the prose in his book Real Marriage: The Truth About Sex, Friendship, and Life Together as evidence for his authorship of the Scriptures.

“Look, I’m a New York Times bestselling author, so I’m not sure what’s so hard to believe about all this,” Driscoll said in response to skepticism surrounding his claim. “My ghostwr—I mean, I wrote this book all by myself and it landed me on the NYT list fair and square.”

“I’m not asking for royalties or anything; I just want to be recognized,” he added.

According to the Phoenix-area pastor, he penned the book during his short hiatus from ministry after the implosion of Mars Hill Church in Seattle, stating that penning the majestic text helped him to get through the difficult period in his life before suddenly returning to ministry in another city.

At publishing time, Driscoll had further claimed authorship of the Song of Solomon.

The ‘YouVersion’ Has Admitted to a Terrible Mistake

YouVersion, the popular Bible app used across several mobile platforms, recently added a comment section to each chapter of the Bible, allowing internet users to comment on the Scriptures and interact with one another while partaking in their daily reading.

The feature was intended to foster a sense of online unity and togetherness among Christians but was taken offline within a few hours as the comment section disintegrated into Christians blasting each other all across the digital pages of Scripture, prompting the software company to issue an apology.

“We now see this was a terrible idea. We have no idea what we were thinking,” a YouVersion rep said Tuesday. “We apologize profusely for forcing the depravity of comment sections onto the Word of God. What a horrible mistake.”

According to YouVersion personnel, one crazed Arminian was spamming the link to his Blogspot blog all across Romans 9 and Ephesians 1, while a Presbyterian with a John Calvin portrait as his profile picture was spotted condemning all other denominations to hell throughout the minor prophets. Paedobaptists and credobaptists bickered through nearly every book of the Bible, while King James-Only advocates were attacking literally everybody in the comment section of the NIV.

“Even the most innocuous passages saw hundreds of threads arguing over semantics crop up like weeds,” the rep continued. “They were worse than YouTube comments, to be honest.”

At publishing time, YouVersion had scrapped plans to allow Christians to react to passages of Scripture with a collection of fully integrated reaction gifs.

This country has abandoned truth so thoroughly that even rational argument no longer gains a hearing.  We are the land of fake news, fake Christians, fake politicians, fake breats, fake lips, fake jewelry, and fake government.

We have ruined ourselves with the love of the lie.  Our destruction is our own doing and we have only our shallowness to blame.

Rest in peace, America.  You have ceased to be the country we all once knew – and now you are merely a shadow of your former self.

Comments Off on America Is Utterly Lost

True faith before all things brings with it true knowledge, and makes us wise indeed. For by faith we know God, and judge aright of the judgments and works of God, of virtues and vices. The wisdom that it brings with it is without doubt the true wisdom.

Many men hope that they can attain to true wisdom by the study of philosophy: but they are deceived as far as heaven is broad. For philosophy does falsely judge and faultily teach many things touching God, the works of God, the chief goodness, the end of good and evil, and touching things to be desired and eschewed.

But the very same things are rightly and truly taught in the word of God, and understood and perceived by faith. Faith therefore is the true wisdom. –  Heinrich Bullinger

Comments Off on Signs of the Times

Then the devil, who led them astray, was hurled into the lake of fire and sulphur, where the beast and the false prophet are, and their torture will not come to an end, day or night, for ever and ever.

Then I saw a great white throne and the One who was sitting on it. In his presence, earth and sky vanished, leaving no trace.  I saw the dead, great and small alike, standing in front of his throne while the books lay open. And another book was opened, which is the book of life, and the dead were judged from what was written in the books, as their deeds deserved.

This burning lake is the second death;  and anybody whose name could not be found written in the book of life was hurled into the burning lake.  (Rev. 20:10-15)

Comments Off on Universalism Summarily and Easily Silenced

Let Me Say This Plainly… To All American Christians

The Constitution is not divinely inspired, it did not fall from heaven, and it is not the word of the Lord.  The Second Amendment is not Scripture, nor even Scriptural, and you need to stop acting like it is.

Worship of the Constitution is idolatry and you are an idolatrous heretic if you value it above Scripture.

Knowing When to Stop Praying

What Luther wrote in reference to the clergy also now applies to the government. Our government.

My colleagues and I must now issue this same answer and apply it to ourselves. We have prayed in vain for the clergy. With his actions, God is demonstrating mightily that he does not want to hear our intercession in their behalf, but he is letting them go and sin against the Holy Spirit, as Pharaoh did, until they are beyond hope of repentance and reform.

If anything could have been attained through prayer before God and anything achieved with the clergy through admonition, pleas, humility, patience, friendly advances, truth, justice, a good muse, etc., it surely would have been accomplished [by] now.  — Martin Luther

Comments Off on Knowing When to Stop Praying

So Patheos Really Doesn’t Care About Theology at All

This is the best reason yet for decent theologians and biblical scholars to get away from Patheos, and verification to me that it was a good decision not to join at their invitation several years back- 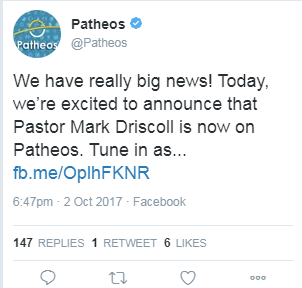 “As for you, do not pray for these people. Do not raise up a cry or a prayer on their behalf, for I will not be listening when they call out to Me at the time of their disaster.”  – Jer 11:14

How The Gun Lobby Logic Works

Comments Off on How The Gun Lobby Logic Works

An Interview About a Film About Zwingli 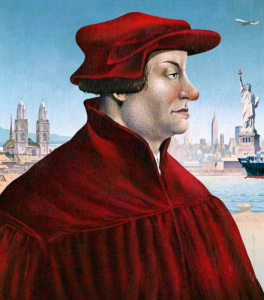 Comments Off on An Interview About a Film About Zwingli