That Awkward Moment When Moltmann Sounds like Joel Osteen

From Germany, To America… 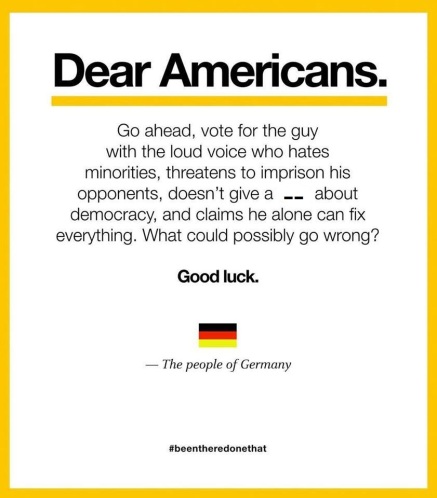 The Gates of Hell, Re-Imagined

We are in the third day of the Esther fast and the war in is raging!

The fast was called after I received and shared the revelation early last week that “Haman was about to hang on it’s own gallows”.

This fast is accelerating in supernatural power and intensity. We are exposing and stripping the strongholds of the forces  of darkness over our nation which are operating in the spirit of the anti-christ.

This brief video is real time insight into the SPIRITUAL WAR  that is being waged by the Lord Jesus Christ and His Body here on earth against the diabolical forces of the spiritual fortress alliance of satan, Jezebel, Ahab and Abaddon. The technology of the dark power source and  weapons of the enemy are exposed. The prayers are simple and powerful to unseating this principality and its host of demons.  Join in with the army’s of God and let’s save our nation and usher in revival and reformation!

And more.  Here.  If you can stomach the Montanism.

Interested in ordering “The 5 Minute Archaeologist in the Southern Levant”? Place an order online at www.equinoxpub.com to receive a 25% discount. Enter the code ARCHAEOLOGY at the checkout when prompted and your order will be discounted.   https://www.equinoxpub.com/home/five-minute-archaeologist/

Via the author on the face book.

The Five-Minute Archaeologist in the Southern Levant is a user-friendly exploration of basic concepts within archaeology and the techniques and methods used by archaeologists in the field. It is intended for students and lay readers alike, such as those participating in community archaeology for the first time, and would be an excellent reader for introductory level courses on the archaeology of the Southern Levant. Topics range from basic questions such as ‘how do archaeologists chose where to dig?’ to surveys of archaeological concepts and types of archaeology, written by specialists in those particular fields. Chapters are informal and relaxed – more like a chat or discussion that will help to answer some of the basic questions that archaeologists are often asked.

How the Gutenberg Press Worked

The Real Scandal of the 2016 Election…