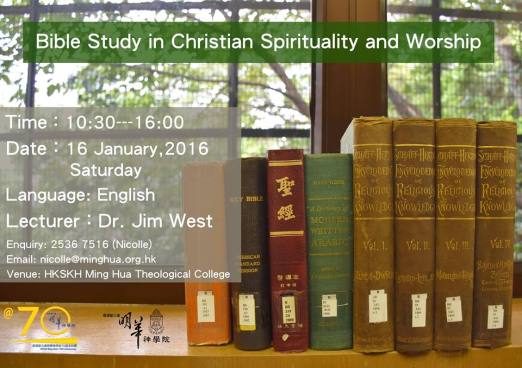 Comments Off on Again, Hong Kong and Vicinity

This kind of thing happens nearly daily and it bespeaks a country without an ethic.

Paula Understands Paul Better Than NT Wright Could Ever Hope To

And her withering critique of his latest spewings is completely on target.  So, for instance, when she notes

None of this, of course, matters to W.’s construct. His interpretive context is generated not by a critical sifting of primary evidence but by the requirements of his master narrative’s plot: how Paul invented a triumphalist, eschatologically realized Christian theology. In this regard, Paul and the Faithfulness of God represents a return to the good old days, pre-1977 (E. P. Sanders’s Paul and Palestinian Judaism [Philadelphia: Fortress]), pre-1963 (Stendahl’s “Paul and the Introspective Conscience of the West,” HTR 56:199-215), indeed, pre-1906 (the German original of Albert Schweitzer’s Quest of the Historical Jesus, with its robust reconstruction of Jewish apocalyptic hopes). W.’s book is historically important, therefore, for the light it sheds not on Paul but on the last century of Pauline studies. We have not, after all, undergone a paradigm shift. We stand transfixed between two paradigms: Paul the Christian theologian and Paul the apocalyptic visionary. The next step forward still remains to be taken.

she hits the nail on the head.

NT Wright- the millennial’s most beloved spokesman is a man frozen in the past who has yet to advance the discipline half a millimeter.  Were the millennials better read, they would know this.  As it is, they hardly read anything at all and what they do read isn’t worth reading.

Silence in the Face of Falsehood is A Grievous Sin

In his sermon on Galatians 5, Luther opines concerning the greedy (and by extension, of all the unrepentant)

When death came, I would not give him the Sacrament, but say, “Let your own god help you, who is mighty and strong; call on [your] land full of grain! If you die, I will give you to the ravens; let your sack full of guldens come to your aid! I deny you the grace of God.”

And if we do not do so—if we are aware—but instead keep silent and do not excommunicate him, then I become a participant in a sin that I myself did not commit.

I should not be avaricious myself but should contend in the Spirit, and I should not connive at your avarice and thus go to hell [myself] on your account. You should not come to the Sacrament, and the prayer [of the congregation] will be of no avail to you.”  [The avaricious man] makes avarice into idolatry.

Standing by while sin is celebrated is sin itself and those who do so are participants in the sin they ignore.  Silence… often it’s just sin.  Be silent as you wish.  It’s your soul.

Sarah Silverman is An Imbecile, And This Week’s Winner of the Dilly

It’s been a good while since I’ve seen this sort of dilettantish ignorance on display but here it shines brightly in the stupidity and imbecilidity of one Sarah Silverman, actress: 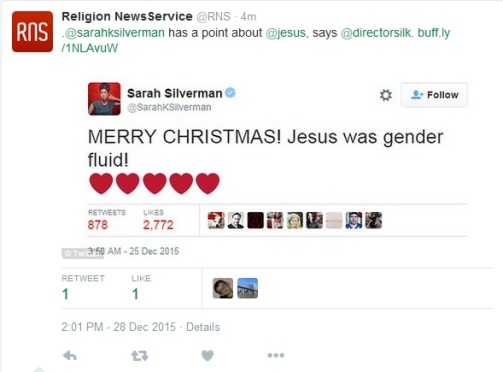 Her claim is made without so much as a sliver of evidence.  And yet, the buffoons in Hollywood (aka land of the biblically ignorant and uninformed) fete her and heap approval.

She, and they, are why dilettantes who pretend to be other people for a living and those who film them should never, ever talk about the bible or theology.

Since, though, they do love awards, here’s the most deserved award Silverman will ever receive: 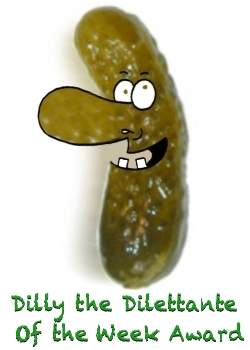 Too Good To Pass Up- And It’s Free 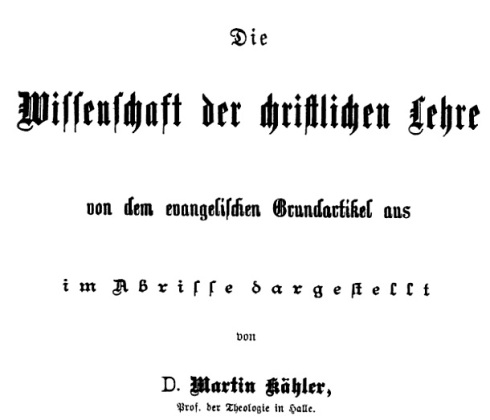 The good Doctor may be best known for his book on Jesus, but his Systematic Theology is utterly amazing.  It should be in print.  Someone, somewhere, should be republishing this masterpiece. 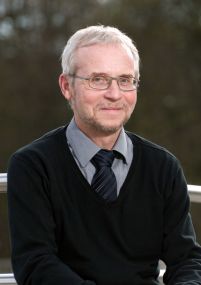 Best idea in ages from California-

You can tell who sponsors NASCAR drivers by the patches on their jumpsuits. So why not do the same for politicians?  That’s the idea behind California entrepreneur John Cox’s proposed 2016 ballot initiative, which would require state legislators to wear the logos of their top 10 campaign contributors on their clothing when they advocate for policies on the Senate or Assembly floor.

It should be national policy.  From Congress and the White House all the way down to county elected officials and school board members.  Let’s see who they really serve right up front.  Because they don’t serve the people.

The Archaeology of Inter-Relations in the Iron Age Levant: Recent Views from North and South

Comments Off on Conference Announcement

Posted by Jim on 28 Dec 2015 in Archaeology, Conferences, Modern Culture

An Open Letter to Emergents

Stop pretending that doctrine, faith, and practice are divisible.

Thanks,
Yours sincerely,
People who know what they’re talking about.

Comments Off on An Open Letter to Emergents

Today I have the pleasure of posting an interview with my doctoral supervisor, James K. Aitken, as a part of my ongoing series of LXX Scholar Interviews. Jim is lecturer in Hebrew, Old Testament, and Second Temple Studies at the University of Cambridge (and currently taking doctoral students). We have been working together since October 2014 and I have benefited immensely from his supervision, despite the various logistical problems we’ve had in the meantime!

As you will read about below, Jim is also quite active in the Septuagint guild and has contributed several key publications in the last few years. He brings a unique set of interests and expertise to the field and is in the midst of producing work that will certainly generate significant discussion within both Septuagint and Second Temple scholarly circles.

Today With Zwingli: To Those Who Cause Disturbances 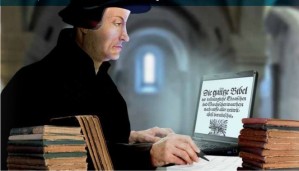 Zwingli delivers a lengthy full frontal attack not only on Grebel’s views but on the stance of the troublemakers as a whole. The opening lines tell the story-

Brilliantly Zwingli suggests that the Grebel-ites are in fact persecutors of those who preach the truth and who are spreading the Gospel in its fullness.

Of the Anabaptists in general

“While the Reformers justified their opposition to the papacy by appealing to the Scriptures, or to clear and manifest reasons, it was not surprising that others, on the contrary, decidedly arrogated to themselves as individuals what the Church claimed for herself in general, and that fanatical persons mistook their passionate impulses for divine inspirations. …

These Anabaptists, who made their first appearance at Zwickau and Wittenberg, were nearly all put to death in the Peasants’ War, but in almost every part of the country a class of enthusiasts resembling them, but very unlike each other in moral and religious character, became the pioneers and freebooters of the Reformation. Some of them were persons who had renounced the world, and others were the slaves of their own lusts; to some of them marriage was only an ideal religious communion of spirit, to others it was resolved into a general community of wives; some did not differ from the Reformers with respect to doctrine, but others rejected original sin and the natural bondage of the will, denied that we are to be justified by the merits of Christ alone, or that we can partake of his flesh, and maintained that our Lord’s body was not from heaven, and not begotten by the Virgin.

As they acknowledged no call but that which came directly from God within them, they despised the ministerial office in the Church, and though they denounced all historical records, they justified themselves by isolated passages of the Bible for overthrowing all existing relations in social life. In their assumed character of men moved by the Holy Ghost, they were, of course, exalted above all law, and frequently exhibited a spirit of rebellion against every kind of government. Hence among both Catholics and Protestants it was thought right to punish them even with death.”*

Comments Off on Today With Zwingli: To Those Who Cause Disturbances

Read the Bible Through in 2016

There are a number of Bible Reading Plans available here.  Find one you like, download the PDF, and read the Bible through this year!

Alternatively, here’s one I like very much for its simplicity and layout.  You can download the pdf and print it up and you’re all set.

Every Christian needs to read the Bible.  If you haven’t read it through, take a few minutes each day and do it this year.

And, if you happen to have Hebrew and Greek in your arsenal, simply use the guide you choose and read the passage for the day in Hebrew or Greek (depending, of course, on the Testament).  You’ll keep your biblical languages sharp and fresh and you won’t regret having done so.

Comments Off on Read the Bible Through in 2016

There are Just a Few Days Left…

To get your Carnival submission in.  Before the end of December.  The Carnival will go live at midnight on 1 January.  So send along any post links related to either the Hebrew Bible or the New Testament.

Here’s a snippet of the Carnival to whet your appetite: 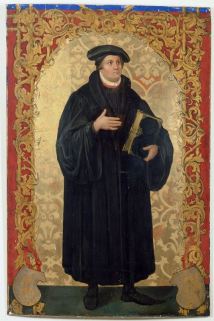 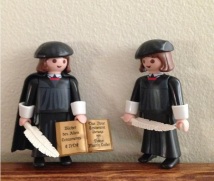 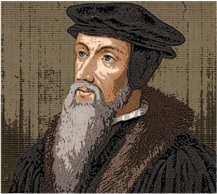 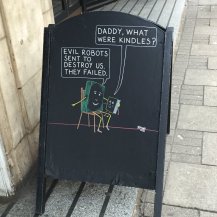 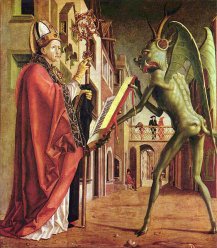 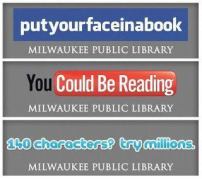 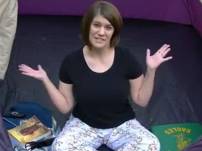 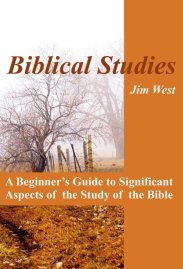 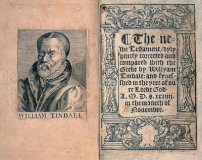 Comments Off on There are Just a Few Days Left…

The Printed Book Is NOT Going Away

This essay appeared in October, but it’s more than worth repeating here at the end of the year.  This part is especially on point:

When you read a physical book, or you read an e-book, the physical experience of reading that book is different. It looks different. It feels different. It even smells different. Your memory of having read it will be different. Unlike music, food, or paintings, you can choose what head-hole to put a novel in: You can put it in your eyes (by reading it) or in your ears (by listening to the audiobook). You can read it on a screen, on which each “page” pops up in a kind of context-free procession toward infinity, with no physical referents as to how many pages have already passed and how many are yet to come. All books—all text—start to feel the same, as though dredged up from a vast grey ocean of pixels. Or you can read the exact same book—the same words, the same story, the same ideas, the same emotions—on paper, bound between covers, where you physically sense the heft of what you’ve read and of what you have yet to encounter. Where you can close the book with a satisfying thud when you are finished. Those are two very different experiences of the same book.