So, At CBA I’m Doing a Paper on The Reception of the Bible in Catholic/ Protestant Diatribe in the 16th c.

I know, you can hardly stand not being able to hear it.  Go to CBA in August in New Orleans.  Anyway, researching the material has been super fun because I get to acquaint myself with gems like this:

As you can tell, this is a Protestant swipe at the Papacy which is portrayed as the Beast in Revelation.  Particularly charming are the feet and the tail of the creature.  The godly Protestant is on the right and looks downright sad (because the Papacy is so evil).

It’s Time For Time to Shut Down

They’ve lost the plot and jumped the shark.

Would The Cops Have Let A Black Man Off if He Won Rock, Paper, Scissors?

We all know the answer to that.  So why did the cops let off an underage white girl who was caught driving intoxicated?

Cellphone-video footage captured the moment three Texas officers walk away after the unidentified young woman celebrates beating them in rock-paper-scissors to avoid an underage drinking citation.

Texas- headquarters of racism in America.

“I have seen the video and can only say that this is unacceptable and unprofessional conduct by these officers,” Dennis Gaas, the constable for Burleson County Precinct 2, which hired the officers for security at the music festival, said, according to Raw Story.  The county, the constable acknowledged, doesn’t have enough officers to provide adequate cover for Chilifest, so he often hires around 100 other officers from other departments to help control crowds and traffic.  Over the weekend, officers issued 113 citations and arrested 44 people. Of course, it is up to the discretion of an officer whether to issue citations. However, the way in which this particular case was decided left the constable disgruntled.

Aren’t we all grateful he was able to muster up some disgruntling…  I hope the next time an underage black man caught driving drunk gets stopped the cops play rock, paper, scissors with him.  But they won’t.  They’re more likely to kill him.

Self Delusion is the Worst Delusion- Emergent Millennials 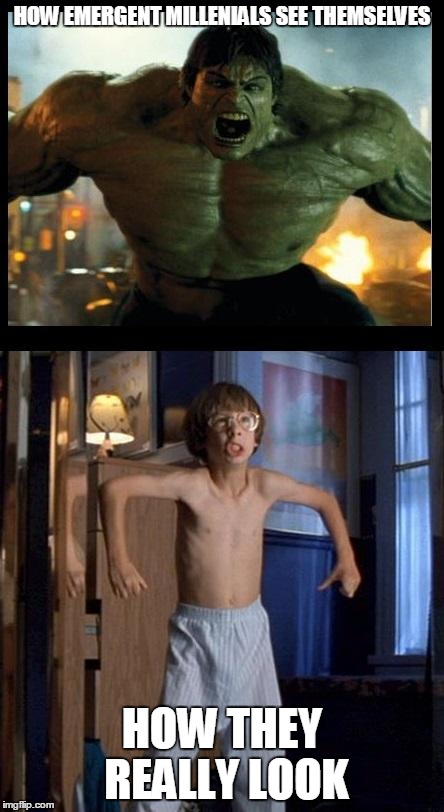 A Few Things Worth Mentioning

James Durham (1622-1658) And the Gospel Offer in its Seventeenth Century Context by Donald MacLean, The free offer of the gospel has been a matter of significant debate within Reformed theology. However, despite this controversy, Reformed theologians such as James Durham preached a gospel offer which was a sincere and free invitation from God to all, to embrace Jesus Christ as Saviour. This gospel offer expressed God’s grace and goodness to all. Donald MacLean argues that Durham’s doctrinal position is representative of the Westminster Standards and embraced by his contemporaries and evidenced by the later disputes concerning the meaning of the teaching of the Westminster Confession of Faith. For more information, please visit: https://www.isdistribution.com/BookDetail.aspx?aId=56483

Jodi Magness at the University of Tennessee, Knoxville

Since 2011 Professor Jodi Magness has directed excavations in the ancient village of Huqoq in Israel’s Galilee. The excavations have brought to light the remains of a monumental Late Roman (fifth century CE) synagogue building that is paved with stunning and unique mosaics, including depictions of the biblical hero Samson.

In this slide-illustrated lecture, Professor Magness describes these exciting finds, including the discoveries made during the most recent excavation season in summer 2014.

Jodi Magness holds a senior endowed chair in the Department of Religious Studies at the University of North Carolina at Chapel Hill: the Kenan Distinguished Professor for Teaching Excellence in Early Judaism (since 2002). She is an archaeologist and the First Vice-President of the Archaeological Institute of America. She has published 10 books, including The Archaeology of the Holy Land, and dozens of articles.

This lecture is sponsored by the Partnership for the Academic Study of Early Judaism as well as several departments at the University of Tennessee.

Via Erin Darby.  And I’m planning on attending.

A Bitesize Review of a Bitesize Biography of Huldrych (Ulrich) Zwingli 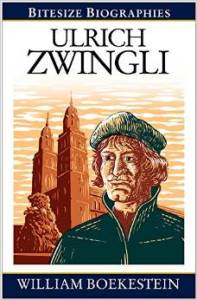 This little volume arrived yesterday in the mail and since it’s not long and not laden with notes I read through it yesterday and have to say- it is not filled with egregious errors!  High praise indeed!  Yes, I can even commend it for its sensible clarity and accuracy.

Unlike many who don’t ‘get’ Zwingli, Boekestein does.  Not only does he understand the greatest of the Reformers, he also avoids the pitfalls of those who charge Zwingli with various errors such as being a combatant at Kappel during the Second War.  B. understands that Z. was there serving ‘more as a Chaplain than as a combatant’.  B. also comprehends Zwingli’s view of the Supper and his attitude towards the Anabaptists.

In sum, whereas far too many people don’t know what Zwingli was doing at Kappel, how he understood the Supper, and how he viewed the Re-Baptizers, B. does.  What a joy.

Were I to find any fault with the volume I would only say that the list of suggested readings, while containing several excellent volumes, fails to mention the exceedingly important work of W.P. Stephens and Gottfried Locher.  Without these two mentioned, a serious and even severe lacuna exists in what interested persons should consult.  He also, to my everlasting sorrow, ignores my own little introduction to Zwingli which, unlike his, is not a biography but an introduction to Zwingli’s thought in the context of his life.

Still, minor oversights aside, I’m amazingly pleased with B’s work.  I’m unafraid to advise interested persons to obtain a copy and read it.

On 16 April, 1522 Huldrych Zwingli’s sermon titled Von Erkiesen und Freiheit der Speisen was published in Zurich at the printing house of Froschauer. It was a greatly expanded version of the actual sermon preached shortly after the Lenten Fast was broken, with his approval. Unlike Barth’s Romans, this book really did fall on the playground of the theologians like a bomb.

Zwingli’s point was simple- the Church wasn’t authorized to heft upon souls requirements foreign to the requirements of the Bible. Its tradition wasn’t superior to Scripture; Scripture takes precedence over tradition.

In his own words-

[They] had not so strong a belief in God, that they trusted alone in him and hoped alone in him, listened alone to his ordinances and will, but foolishly turned again to the devices of men, who, as though they desired to improve what had been neglected by God, said to themselves: “This day, this month, this time, wilt thou abstain from this or that,” and make thus ordinances, persuading themselves that he sins who does not keep them.

This abstaining I do not wish to condemn, if it occurs freely, to put the flesh under control, and if no self-confidence or vainglory, but rather humility, results. See, that is branding and injuring one’s own conscience capriciously, and is turning toward true idolatry…In a word, if you will fast, do so; if you do not wish to eat meat, eat it not; but leave Christians a free choice in the matter…

But when the practice of liberty offends your neighbour, you should not offend or vex him without cause; for when he perceives it, he will be offended no more, unless he is angry purposely. … But you are to instruct him as a friend in the belief, how all things are proper and free for him to eat.

On May 11 At the Meeting of the Zwingliverein

There will be a special session on Zwingli’s Exegetical Works-

At the IRG blog you can find a link to the pdf flyer of the event.

Congratulations, Thomas!  This is very well deserved and an honor to the University of Tel Aviv as well.

The prestigious French journal Revue de Qumran (founded by Jean Carmignac in 1958) dealing with the DSS and the site itself recently went on line, (much to their credit) and selected 12 outstanding articles of merit (free) from 1958 until today, to mark the event.

“On the occasion of the launch of the Website of the Revue de Qumrân, Gabalda publishing and the editorial board are pleased to offer in open access twelve articles published in the journal between 1958 and today. Most of them have been seminal in one way or another, and all, we think, continue to repay close study. The selection was made to illustrate the diversity of subject matter, scholarly approach, and geographic provenance.” http://s202645882.onlinehome.fr/index.php/en/volumes-issues/featured-articles

Whereas the journal was founded by the French it also publishes in other languages. Out of the 12 seminal articles, chosen over a period of 57 years seen here, seven are in English and of the 12, thankfully, one was mine, even though I’m far from being a DSS scholar, nor do I pose as one.

For being chosen as one of the fortunate 12, I wish to thank the European editors, especially my colleague and editor, Fr. Emile Puech here in Jerusalem, whose command of English/ French/Hebrew/Greek/Aramaic for starters, is better than mine as. to put it mildly, I’m both religiously and linguistically ‘challenged’. Thanks Emile.