Because he didn’t.  He was a first century Jew.  Here’s how NBC has it (and every other tv program and movie) 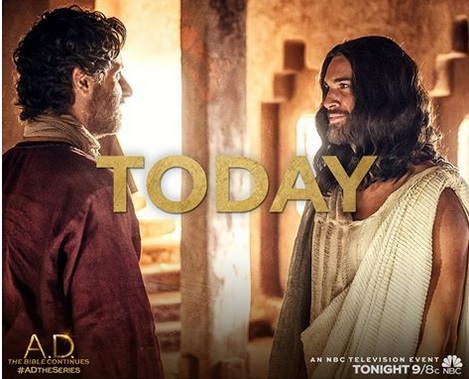 Completely out of place.  Jesus would have looked more like this:

When the tv channels and Hollywood get a Jesus who looks like a man from the first century I may finally be convinced that they’ve produced something worth watching.  Until then, the hippy Jesus just doesn’t cut it. 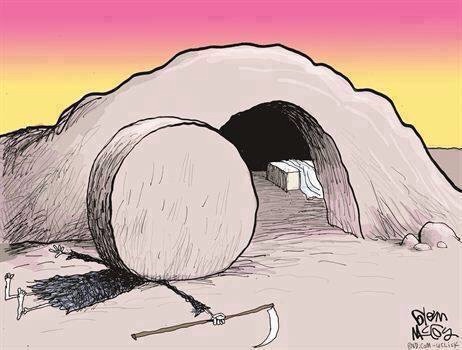 David Rohl is interviewed by Popular Archaeology and, apparently, you can access it for free for a limited time:

… regards himself as an agnostic, yet he argues for a historical Bible. He accepts that he is a heterodox who does not accept orthodoxy simply because it is the consensus view. Rohl is a fully trained scholar with a degree in Egyptology, ancient history, Levantine archaeology, and the history of ancient Greece, whilst his post-graduate research concentrated on the complex and rarely studied chronology of the Third Intermediate Period in Egypt.

Rohl’s conclusions have been dismissed by academia, mainly on the grounds that they are too bold, too radical and not supported by the evidence. He would disagree with the last sentiment, arguing that most scholars who dismiss his work are not themselves familiar with the material and have not understood his evidence, since they have not actually read his books. He feels they are simply regurgitating an anti-Rohl consensus, which amounts to “we all know he’s wrong”, even though a detailed and thorough critique of his work has never been offered. Many in the general public, on the other hand, have been captivated by his research and, as a result, he has become the de facto leader of a new ‘Bible as history’ movement.

Here Rohl discusses the question of the historical basis for the Exodus story, given the renewed interest engendered by two new films on the subject released in the last twelve months.

None of the questions answered points to Rohl being particularly engaged in biblical scholarship or, in some sense, even familiar with it.

We cannot desire Jesus Christ without aspiring to the righteousness of God, which consists in renouncing ourselves and obeying his will. For it is preposterous to pretend that we are of the body of Christ, while abandoning ourselves to all licentiousness, and leading a dissolute life. Since in Christ is nought but chastity, benignity, sobriety, truth, humility, and such like virtues, if we would be his members, all uncleanness, intemperance, falsehood, pride, and similar vices must be put from us. For we cannot intermingle these things with him without offering him great dishonour and insult. We ought always to remember that there is no more agreement between him and iniquity than between light and darkness. If we would come then to true repentance, we must endeavour to make our whole life conformable to the example of Jesus Christ. — John Calvin

3 The tradition I handed on to you in the first place, a tradition which I had myself received, was that Christ died for our sins, in accordance with the scriptures, 4 and that he was buried; and that on the third day, he was raised to life, in accordance with the scriptures; 5 and that he appeared to Cephas; and later to the Twelve; 6 and next he appeared to more than five hundred of the brothers at the same time, most of whom are still with us, though some have fallen asleep; 7 then he appeared to James, and then to all the apostles. 8 Last of all he appeared to me too, as though I was a child born abnormally. 9 For I am the least of the apostles and am not really fit to be called an apostle, because I had been persecuting the Church of God; 10 but what I am now, I am through the grace of God, and the grace which was given to me has not been wasted. Indeed, I have worked harder than all the others — not I, but the grace of God which is with me.

11 Anyway, whether it was they or I, this is what we preach and what you believed. 12 Now if Christ is proclaimed as raised from the dead, how can some of you be saying that there is no resurrection of the dead? 13 If there is no resurrection of the dead, then Christ cannot have been raised either, 14 and if Christ has not been raised, then our preaching is without substance, and so is your faith.

15 What is more, we have proved to be false witnesses to God, for testifying against God that he raised Christ to life when he did not raise him — if it is true that the dead are not raised. 16 For, if the dead are not raised, neither is Christ; 17 and if Christ has not been raised, your faith is pointless and you have not, after all, been released from your sins. 18 In addition, those who have fallen asleep in Christ are utterly lost. 19 If our hope in Christ has been for this life only, we are of all people the most pitiable. 20 In fact, however, Christ has been raised from the dead, as the first-fruits of all who have fallen asleep. (1 Corinthians 15:1-20 NJB)*

The last episode is tonight at 9 but I’ll not be live blogging it till tomorrow.  The episode is about Mary Magdalene.  Since the Magdalenian is only mentioned a couple of times and only in the Gospels and only as one of Jesus numerous followers I’m a priori skeptical that we will learn much.  Instead, my suspicion is that we will get a lot of the Da Vinci code rubbish encrusted with a gem or two of scholarship wrapped in a thick layer of speculative manure.

But who knows, I may be surprised.  When I know, you’ll know.  In the meantime- here are all the mentions of Mary in the New Testament:

How an hour special can be produced from such scant material… it’s the miracle of ‘Bible TV’.