I Couldn’t Agree More- It Really is Absurd, Like Putting the Fox in Charge of the Henhouse 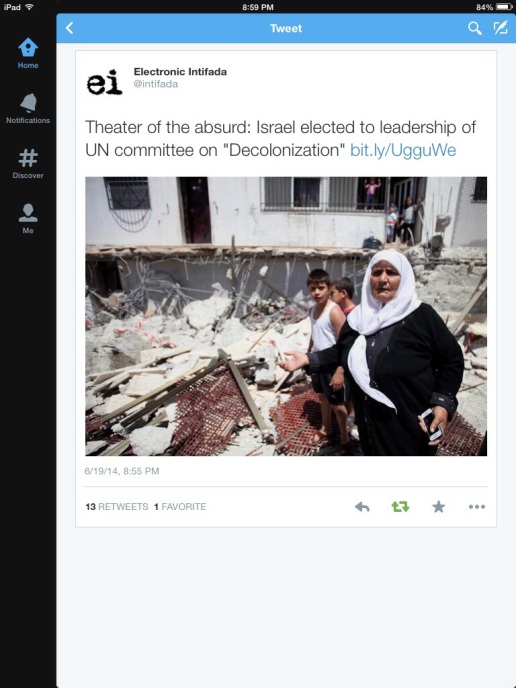 Back in April I somehow missed Bryan Bibb’s interesting post Camouflage Equivalence1 it focuses on places where translators:

…seek to obscure rather than reveal the meaning of the original. He [Robinson] defines the term as “rearranging the semantic elements of the original… in a plausible way that disguises their dynamic meaning” (p. 6).

The idea, like the term used to describe it is really helpful. It neatly describes those places where translators soften the offense inherent in Scripture. The NIV regularly does this when a more “literal” translation leads to theological difficulties. One example is the rendering of ha’almah in Is 7:14

as “virgin”. Whether ‘almah can carry this meaning is at least debatable. As far as I can see the logic of Isaiah’s speech however demands a present focus and a translation like “young woman”. NIV has exercised camouflage equivalence.

I am less convinced by Bryan’s example. He claims that the ambiguous language (full of sexual double entendres) in Ruth 3 contains at least one such camouflage equivalence translation in almost all English Bibles. “Uncover his feet” in Ruth 3:4

is (Bryan thinks evidently, I’d say possibly) a euphemism. While most translations diminish the sexual tension in Ruth 3, where there are a string of words and phrases like this one that might carry sexual connotations, sometimes a foot is just a foot! The whole point (I think) of using that concatenation of ambiguous, possibly sexual, terms in Ruth 3 is surely to remain ambiguous. To uncover what the text deliberately leaves veiled but suggested is as “bad” as to cover what the text reveals…. So, “uncover his feet” (NIV, NAS, NRSV) gets it right neither camouflage, nor sex for the sake of shocking the horses, but a good serviceable translation.

“Those who are promised in marriage are not to cohabit as man and wife until the marriage be celebrated in church, otherwise they will be punished as for fornication.”

“… as God loves chastity and purity, we ought to guard against all uncleanness. The substance of the commandment therefore is, that we must not defile ourselves with any impurity or libidinous excess. To this corresponds the affirmative, that we must regulate every part of our conduct chastely and continently. The thing expressly forbidden is adultery, to which lust naturally tends, that its filthiness (being of a grosser and more palpable form, in as much as it casts a stain even on the body) may dispose us to abominate every form of lust. As the law under which man was created was not to lead a life of solitude, but enjoy a help meet for him, and ever since he fell under the curse the necessity for this mode of life is increased; the Lord made the requisite provision for us in this respect by the institution of marriage, which, entered into under his authority, he has also sanctified with his blessing. Hence, it is evident, that any mode of cohabitation different from marriage is cursed in his sight, and that the conjugal relation was ordained as a necessary means of preventing us from giving way to unbridled lust. Let us beware, therefore, of yielding to indulgence, seeing we are assured that the curse of God lies on every man and woman cohabiting without marriage.”

Today many in the Presbyterian Church USA are ‘celebrating’ the vote of their leadership in conference to recognize same sex marriages.

What they evidently aren’t discussing and haven’t discussed at all are the issues of chastity, cohabitation, and premarital relations.  One must wonder whether or not the subject of sexual morals has now declined so profoundly that not only are marriages the Bible cannot even imagine being lionized, but the sexual morals clearly held by the founding Father of Presbyterianism utterly set aside without further ado.

Even were homosexual relations deemed legitimate, the issues of promiscuity, cohabitation, and ethics has been trashed and completely abandoned.  And that’s nothing to celebrate no matter how liberal or left leaning one’s views.

Are there, then, no advocates of gay marriage who are also advocates of sexual purity?  The answer is an astonishing and resounding NO.

Have you ever read a treatise by a homosexual activist or supporter of gay marriage which commended sexual purity?  Again, the answer is an astonishing and resounding NO.

Why not?  Why are such tractates left unwritten?  Is it because advocates of gay marriage have no interest in issues of sexual ethics?

A very new volume published by the good folk at Fortress arrived for review some weeks back.

That Christian missionary efforts have long gone hand-in-hand with European colonization and American imperialist expansion in the nineteenth and twentieth centuries is well recognized. The linchpin role played in those efforts by the “Great Commission”—the risen Christ’s command to “go into all the world” and “teach all nations”—has more often been observed than analyzed, however. With the rise of European colonialism, the Great Commission was suddenly taken up with an eschatological urgency, often explicit in the founding statements of missionary societies; the differentiation of “teachers” and “nations” waiting to be “taught” proved a ready-made sacred sanction for the racialized and androcentric logics of conquest and “civilization.”

Samples are available here.  My review is online here. 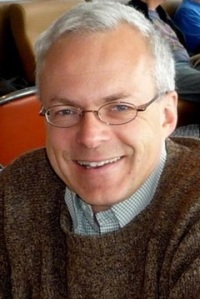 The Faculty of Theology and Religion [of Oxford University] is delighted to announce the appointment of Professor Markus Bockmuehl to the Dean Ireland’s Professorship of the Exegesis of Holy Scripture.  Professor Bockmuehl will take up his post on 1 October 2014 and will remain a Fellow of Keble College.

Fantastic news for the University, and the faculty as well as, of course, the students.

And it’s delightful.  And aesthetically pleasing to boot.  Take a look.

This new book has been published by Oxford University Press–

The Table of Contents: 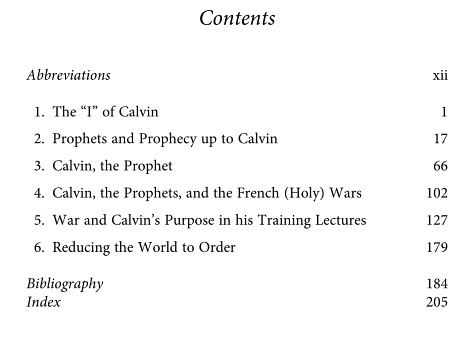 And if you go to the link above you can preview even more.  My review will be published in Zwingliana in a future number (with thanks to Christian Moser for having the review copy sent).  Stay tuned.

Eerdman’s Has Published a Volume on How to Deal with Difficult People, Like Joel Watts and Jeremy Thompson!

Now THAT sounds like something very useful! Thank you, Eerdmans, for doing it.

Bengel’s explanation of the 18th chapter of Luke is dynamic.  Of verse 4 he remarks

Ἐν ἑαυτῷ, within himself, of his own accord.—  The creed of an Atheist in power.*

Bengel’s work is filled with delightful asides and inspired insights into the New Testament.

A ten-year-old boy was arrested after a teacher was stabbed with a pencil at a struggling school.  The year-five pupil was detained by police on suspicion of assault while the teacher was taken to hospital with a “minor puncture wound” to his arm.  The 60-year-old teacher was attacked at New Park School in Wolverhampton at about 9.30am on Wednesday morning.

My oh my.  Give those teachers hazard pay.

The Anniversary of the Prophezei’s Birth 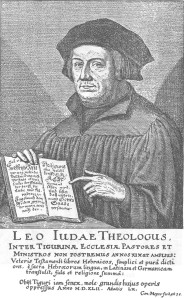 A theological college, called Carolinum, was established from the funds of the Great Minster, and opened June 19, 1525. It consisted of the collegium humanitatis, for the study of the ancient languages, philosophy and mathematics, and the Carolinum proper, for the study of the Holy Scriptures, which were explained in daily lectures, and popularized by the pastors for the benefit of the congregation. This was called prophesying (1 Cor. 14:1). Zwingli wrote a tract on Christian education (1526). He organized this school of the prophets, and explained in it several books of the Old Testament, according to the Septuagint. He recommended eminent scholars to professorships. Among the earliest teachers were Ceporin, Pellican, Myconius, Collin, Megander, and Bibliander.

To Zwingli Zurich owes its theological and literary reputation. The Carolinum secured an educated ministry, and occupied an influential position in the development of theological science and literature till the nineteenth century, when it was superseded by the organization of a full university.

It really was a remarkable achievement.