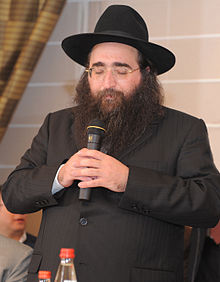 The influential rabbi Yoshiyahu Pinto and his wife were arrested and investigated on Thursday. They were charged with attempting to bribe a police officer and money laundering. They were released under restrictive conditions once the investigation was completed.

There are further details here:

The charismatic Israeli kabbalist Rabbi Yoshiyahu Yosef Pinto was questioned today with his wife by Israeli police in a bribery investigation, Israeli news sites are reporting.  Police questioned the powerful rabbi, who has ties to top Israeli lawmakers and businessmen, on charges that he attempted to bribe a police officer, according to ynet.co.il, Israel’s largest news site.

In the United States, Pinto is tied to an investigation into the fundraising activities of Republican Congressman Michael Grimm. A former top Pinto aide was jailed last month over immigration violations amidst charges that the aide gathered illegal donations from Pinto followers for Grimm’s congressional campaign.  According to the Israeli site News1, Pinto and his wife are accused of bribing a police official to receive information about another, unspecified investigation into Pinto.  Following the questioning, Pinto and his wife were taken to magistrate court in Rishon LeZion, a city near Tel Aviv. They were then released to house arrest.  The Forward reported in December 2011 that Pinto’s U.S. charity had spent heavily on luxury travel and jewels, and that another top aide was a former porn distributor.

Corrupt birds of a feather flock together.

One thought on “More Rabbinic Misconduct”