Why Does that Model have a Horse’s Head on her Shoulder? 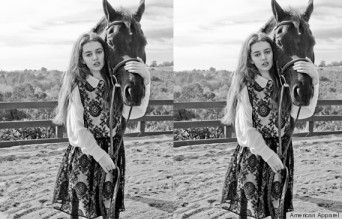 Comments Off on Why Does that Model have a Horse’s Head on her Shoulder?

Here’s another example of the fact that pedophiles, once arrested, tried, and convicted, should never, ever be released. 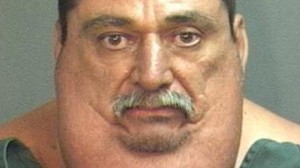 A California soccer coach came to the rescue after a 425-pound man with more than 60 prior arrests allegedly tried to kidnap one of his young players.  Santa Ana police officers arrested Victor Joseph Espinoza, of Santa Ana, Thursday, after he allegedly grabbed a 10-year-old boy who was headed to soccer practice, Officer Anthony Bertagna from the Santa Ana police said.  Espinoza allegedly approached the 10-year-old and his 19-year-old female cousin, who was accompanying him to practice at approximately 7:20 p.m. Thursday. The 425-pound man allegedly grabbed the boy and wouldn’t let go as he screamed.  The boy finally broke free and ran to practice with his cousin, where they told the soccer coach. The 10-year-old and his cousin were both very shaken by the incident, Bertagna said.  “The little boy came crying at me, saying that man wanted to take him,” the coach told ABC station KABC-TV in Los Angeles. “He said that he grabbed him and he started smelling him.”

Bloody perverted reprobate.  Prison is where he belongs and to prison he should go and stay.

The Only Debate that Matters This Election

The only debate that matters this election is the one sponsored by NPR and posted here.

To this day, getting a third-party candidate into a presidential debate is practically impossible. The Commission on Presidential Debates says to be included, you have to poll 15 percent with voters. That’s why George Farah, founder of Open Debates, a group that wants the system reformed, thinks the commission is the main problem.

“This commission exists for the principle purpose of protecting and strengthening the two parties,” Farah says. “And every four years they allow the major party candidates to negotiate agreements that dictate many of the terms of the debates — including the exclusion of popular third-party voices.”

So given the two major party candidates had 90 minutes and at least 50 million viewers for their debate last Wednesday, we decided to invite two of the third-party candidates to a debate of our own.

Gary Johnson is the Libertarian Party’s nominee. Jill Stein is the Green Party’s nominee. They joined moderator — and host of weekends on All Things Considered — Guy Raz for a debate focusing on domestic issues: the economy, health care and the role of government.

Enjoy it.  They actually speak sensibly.

Comments Off on The Only Debate that Matters This Election

Posted by Jim on 6 Oct 2012 in Modern Culture, Politics

The documentary that should make every decent Israeli ashamed

The soldiers arrive in the dead of night. They kick, they smash, they destroy. They break in, rudely awakening an entire house and its inhabitants, including children and babies. One officer pulls out a detailed document and declares: “This house is declared a ‘closed military zone.'” He reads the order – in Hebrew and in a loud voice – to the sleep-dazed, pajama-clad family.

This young man successfully completed his officers’ training course. Perhaps he even believes, deep down, that someone has to do this dirty work. And he reads out the order solely to justify why the father of the household, Emad Burnat, is forbidden to film the event on his own video camera.

There are no moments of respite or reprieve in the probing documentary by Emad Burnat and Guy Davidi, “5 Broken Cameras,” which was screened, among other places, at the Tel Aviv Cinematheque last weekend after collecting a number of international prizes and having been shown on Channel 8.

This documentary should make every decent Israeli ashamed of being an Israeli. …

Go to the link and read the rest.  Stunning.

Many Thanks to Mark 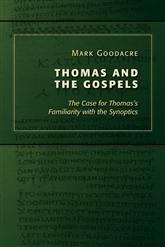 For sending along a copy of his new book on Thomas and the Gospels.  Mine’s a bit different though.  The title box is green, as in the photo- but the rest of the front cover is brown.   In it

… Goodacre makes the case that, instead of being an early, independent source,Thomas actually draws on the Synoptic Gospels as source material — not to provide a clear narrative, but to assemble an enigmatic collection of mysterious, pithy sayings to unnerve and affect the reader. Goodacre supports his argument with illuminating analyses and careful comparisons of Thomas with Matthew and Luke.

I’m looking forward to diving in.  Just as soon as Arsenal defeats West Ham U.  It’s tied here at the 16th.

Comments Off on Many Thanks to Mark

Via James Spinti on FB-

Comments Off on Kids These Days…

On the Anniversary of Tyndale’s Death 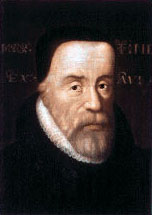 We do not know who planned and financed the plot that ended his life (whether English or continental authorities), but we do know it was carried out by Henry Phillips, a man who had been accused of robbing his father and of gambling himself into poverty. Phillips became Tyndale’s guest at meals and soon was one of the few privileged to look at Tyndale’s books and papers.

In May 1535, Phillips lured Tyndale away from the safety of his quarters and into the arms of soldiers. Tyndale was immediately taken to the Castle of Vilvorde, the great state prison of the Low Countries, and accused of heresy.
Trials for heresy in the Netherlands were in the hands of special commissioners of the Holy Roman Empire. It took months for the law to take its course. During this time, Tyndale had many hours to reflect on his own teachings, such as this passage from one of his tracts:

“Let it not make thee despair, neither yet discourage thee, O reader, that it is forbidden thee in pain of life and goods, or that it is made breaking of the king’s peace, or treason unto his highness, to read the Word of thy soul’s health—for if God be on our side, what matter maketh it who be against us, be they bishops, cardinals, popes.”
Finally, in early August 1536, Tyndale was condemned as a heretic, degraded from the priesthood, and delivered to the secular authorities for punishment.

On Friday, October 6, after local officials took their seats, Tyndale was brought to the cross in the middle of the town square and given a chance to recant. That refused, he was given a moment to pray. English historian John Foxe said he cried out, “Lord, open the King of England’s eyes!”

Then he was bound to the beam, and both an iron chain and a rope were put around his neck. Gunpowder was added to the brush and logs. At the signal of a local official, the executioner, standing behind Tyndale, quickly tightened the noose, strangling him. Then an official took up a lighted torch and handed it to the executioner, who set the wood ablaze.  (131 Christians everyone should know (349–350) ).

Have a happy Tyndale Day.