Rudolf Karl Bultmann, the most important New Testament theologian of the 20th and the 21st centuries was born on this day in 1884.  Don’t believe 99% of what you read ABOUT him written by the angry fundamentalists.  Read HIM and you’ll learn something.  In fact, you’ll learn a lot, much of which has never been superseded in academic biblical studies. 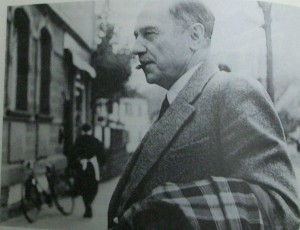