Logos is shipping it now. Brilliant!

And on the perfect day really, since it is in fact my 29th wedding anniversary.  So it’s a notable anniversary for a number of reasons.  Perhaps now Zwingli will receive the wider attention amongst English readers/speakers that the beast Luther and the tyrant Calvin have received because their works were widely and easily available.

Thomas Levy on the Excavation at Khirbet en-Nahas

At http://www.youtube.com/watch?v=LfmIU0MXksU&feature=youtu.be is a video of a lecture about Thomas Levy’s work at Khirbet en-Nahas, with a focus on cyber archaeology.

They’ve changed your email address.  As the Daily Beast reports

On Monday the company changed everyone’s default email address to the @facebook.com account that all users were assigned recently—but few had started using. When users check their contact information on their profiles or timelines today, they will find only the @facebook.com email account listed and any other email addresses hidden. In a statement of explanation, Facebook said, “Ever since the launch of timeline, people have had the ability to control what posts they want to show or hide on their own timelines, and today we’re extending that to other information they post, starting with the Facebook address.”

Here’s how to fix it.

Go to your Timeline. Click about, under your contact info. Scroll down to “Contact Info” and hit edit. Switch all of the crossed out circle symbols to a full circle for each inbox you want visible on your profile. If you don’t want @facebook.com to show up, switch it from a full circle (“Shown on Timeline”) to crossed out (“Hidden from Timeline”). This is also a good opportunity to check your privacy settings and make sure your various inboxes are visible only to friendlies. Hit save. 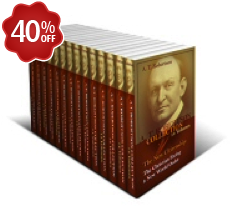 Logos has assembled a very nice collection of Baptist History resources (including many volumes by that brilliant Greek scholar A. T. Robertson).  You can find the details here. As they rightly note

Now is the perfect time to examine Baptist history, study the differences between Arminianism and Calvinism, and brush up on other Baptist theologies. Logos offers a myriad of books by, for, and about Baptists.

Comments Off on Baptist History Resources

Posted by Jim on 25 Jun 2012 in Biblical Studies Resources

The ‘Man of the Match’ Named for the England/ Italy Game!! 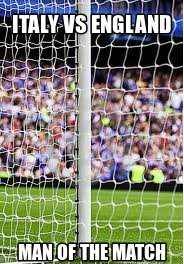 Comments Off on The ‘Man of the Match’ Named for the England/ Italy Game!!

A Fascinating Infographic on ‘The Social Lives of Religious Americans’

There’s a nifty flash graphic here showing the engagement with society by religious and non-religious people. You can zoom in and out on the page- below is just a screenshot of the section that I found most interesting:

Given the devotion of so many to sports, this surprises me- immensely.

Drunk Girls are So (NOT!) Attractive…

whoever they are, I hope future employers see them at their ‘best’

Comments Off on Drunk Girls are So (NOT!) Attractive…

Posted by Jim on 25 Jun 2012 in Modern Culture, Total Depravity

This is an OUTRAGE!

A South Carolina woman faced tragedy last June when a drunk driver killed her oldest son.  But the still-grieving mother, Loretta Robinson, is now being billed for the various charges associated with the accident, including a $50 charge to clean her son’s blood off the road.  Justin Walker, Robinson’s deceased son, was not found at fault for the accident. The accused driver, Anna Gonzalez, tearfully pleaded guilty in court last Tuesday, the Daily Mail reported.

According to MSNBC, the undocumented woman had been living in the United States for 12 years, but never got a South Carolina driver’s license. Gonzalez was sentenced to 17 years in prison.  Robinson was on hand in court to express her outrage at the bills she’s received since losing her son.  “I had to pay to have the vehicle towed. I had to pay for the vehicle removed and to clean up the street from Justin’s blood,” Robinson said. According to WYFF, Robinson also paid to have the wrecked car stored for months in case there was a trail.

Outrageous immorality.  Whoever authorized those bills needs to lose their job.

Comments Off on More from Megiddo

A lazy burglar who was spared jail begged a judge to send him to prison because meeting with his probation officer disturbed his sleep.  Kierran Batchelor, 21, was originally handed a suspended sentence and supervision order after he broke into two houses in February.  But weeks after walking free from court he was back before a judge after missing his daily meetings with his probation officer.  Shameless Batchelor told the judge he failed to attend the meetings because they were too early in the morning – despite being at 10am.  Recorder David Herbert told Batchelor he was willing to give him a second chance when he appeared at Coventry Crown Court on Friday.  But astonishingly, Batchelor was jailed after he begged to be sent to prison so he could catch up on sleep.

So now the good taxpayers have to support this nonsensically lazy good for nothing? Absurd. He should be sent to the military.  He embodies everything that’s wrong with Western culture.  No wonder the Muslim world looks at the West with contemptuous scorn.

Rowan Williams: Too Little, Too Late

So, the Archbishop- on the cusp of retirement- has decided to speak his mind.  One question that hasn’t been raised and that clearly should have been is – why did he wait so long?  What was he afraid of?  Or worse, why did he worry more about political repercussions than he did in speaking the truth?

The world is filled with people who don’t say or do the right thing until they are sure that there will be no personal consequences.  I find that just a tad cowardly.  Speak the truth come what may.  That’s the sort of people the world needs.

Comments Off on Rowan Williams: Too Little, Too Late

When You’re Stupid, You Pay the Price

A 17-year-old boy got in way over his head when he tried to steal a soda from a vending machine and became stuck in the machine’s receiving slot.  Police said the incident happened around 5 a.m. Saturday morning at the trolley station on the west end of 22nd Street in National City.  The teen – who police said is a student at Sweetwater High School — stuck his arm into the receiving slot of a vending machine in an attempt to steal a soda and got wedged inside the slot, according to authorities.

Read the rest.  Certainly he should also have to pay to have the machine repaired or replaced.  Did he learn his lesson?  Oh please.  He and his friends will think it’s funny and they’ll watch the youtube over and over again and laugh and laugh.

Comments Off on When You’re Stupid, You Pay the Price

Scholars You Should Know: Candida Moss

Professor Moss teaches at a little school some of you may have heard of- The University of Notre Dame.

She’s interested in New Testament Interpretation, Early Christian Martyrdom, Resurrection and Afterlife, Constructions of Disease and Disability in the Bible, Early Christian Origins which means she’s not one of those myopic sorts who only cares about the enclitic mem or some such esoterica.

She’s written rather a good bit already including

“On the Dating of Polycarp: Rethinking the Place of the Martyrdom of Polycarp in the History of Christianity.” Early Christianity 1:4 (2010): 539-574.

“Heavenly Healing: Eschatological Cleansing and the Resurrection of the Dead in the Early Church.” Journal of the American Academy of Religion 79: 3 (2011) 1-27.

Again, that’s better than some have done who have been in Biblical studies since their days at Harvard.

The ND websites notes that she

… specializes in Biblical studies and early Christian history, she holds an undergraduate degree in Theology from the University of Oxford, a Masters degree in Biblical Studies from Yale Divinity School, and a doctorate in Religious Studies from Yale University. She has published four books and over twenty-five articles and essays on various aspects of Biblical and early Christian literature, history, and thought. An award-winning author, her first book, The Other Christs: Imitating Jesus in Ancient Christian Ideologies of Martyrdom (Oxford, 2010) was awarded the 2011 John Templeton Award for Theological Promise and she has been the recipient of grants and awards from the Woodrow Wilson Foundation, the John Templeton Foundation, and the National Endowment for the Humanities. She currently serves as co-chair of the Healthcare and Disability in the Ancient Near East section of the international and national meetings of the Society of Biblical Literature, co-Chair of the “Inventing Christianity” consultation of the Society of Biblical Literature, and on the steering committee of the “Apostolic Fathers” consultation of the International meeting of the Society of Biblical Literature. She has consulted for, appeared in, and hosted documentaries for the National Geographic Channel, the History Channel, and the Discovery Channel and has lectured nationally and internationally at Yale, Duke, Emory, Columbia, University of Chicago, University of Oxford, University of Durham, Von Humboldt University in Berlin, to name a few. She is currently working on a monograph on the resurrection of the body tentatively entitled “Heavenly Bodies: Resurrecting Perfection in Early Christianity” for Yale University Press and a commentary on Second Century Martyrdom Accounts for the Hermeneia Commentary series.

And most of all, she’s clever. She’s on the Facebook and the Twitter and she has her own website. Get to know her. She really is a scholar you should know.

Posted by Jim on 25 Jun 2012 in Biblical Studies Resources, Books

The Oxford Centre for Hebrew and Jewish Studies is pleased to announce the launch of a new online exhibition: Raphael Loewe Archives: Four Generations of Anglo-Jewish Scholarship Digital Exhibition

The Raphael Loewe Archives contain a selection of personal papers and academic productions of four generations of Anglo-Jewish scholars: Louis Loewe (1809-1888), who because of his competence both in European and Semitic languages, and also in Turkish, was chosen by Sir Moses Montefiore to act as his ‘Oriental Secretary’ and became his close confidant. His son James Loewe (1852-1944), Secretary of the Jewish Colonial Trust and educator. His grandson Herbert Loewe (1882-1940), Reader in Rabbinics at Cambridge. His great-grandson Raphael Loewe (1919-2011), Professor of Hebrew at University College London. They span almost two centuries and their work ranged from Biblical Hebrew through Hebrew poetry and translations, medieval Jewish thought and Anglo-Jewish history. They were in contact with some of the greatest scholars of their time and were involved in many of the momentous events in Jewish history throughout this period.

Comments Off on News from SOTS

The Art of Paper Folding

I don’t normally post art, but this fascinates me.  It’s from Gerwin Sturm at the Origami exhibition in New York-

Comments Off on The Art of Paper Folding